So I've been in LA for a little bit over a year now, and I've got a good sense of the scene.
There's so many different types of people. You have your leather jacket rockers with greasy black hair. You have your pumped up surfer DJs, rappers who take selfies and rock G's , model singers who hire songwriters to write for them, ect...

I tried to see where I would stand exactly amongst all of them, & I couldn't fit myself into any one box. There's been many instances where people have wanted me to write with them, and instead of using creative chords and unique progressions, they wanted to stick to the three chord formula. Nothing depresses me more than being forced to use a formula. If I chose to use the formula because I felt that I should... Then my feeling would dictate my use of the formula and I would be okay with that.

I don't feel like Music is feeling based anymore... It's become too logical. I feel that if people would communicate their feelings (a feeling is worth a thousand thoughts), higher communication would still be up and running. There's something pure about not fitting the mold.

They have not grown to know their inner self yet either. But it takes a child to grow up and learn herself/ himself to truly know that they are individual and that they have an individual self to celebrate.

A lot of people wake up and say I'm going to nurture my inner child. There is a whole stream of people who are doing it. I called them the New Agers. These people are extremely cautious about loving themselves. I get it. However, children don't know who they are yet! They just are. This is the beauty of children, they don't have to premeditate, they don't have to plan. When people want to ignite their inner child and allow them to play, they try to remember their aspirations as a child. But is that completely wise? 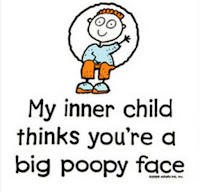 Most children don't know who they are yet and may wake up and say,  "I want to be so and so on TV." They want to live in the illusion and the glam of what they see,  but their awareness has not developed to see beyond the rose colored glasses.

So with that said, I think there are a lot of men-children and woman-children who don't know who they are yet- running around the streets pretending they are something else.


Whole genres and subcultures create an energy force field around people to feel safe. The symbols that are associated with that energy blow my mind. Perhaps the symbols resonate with some individuals rather than others. Let's analyze the rock genre for a second.

Leather coats with studs on them and dark hair, the color black, an entourage of  nympho maniacs and a lot of angst. Yes, it's a scene, a safe space, something familiar that fuels the ego to feel safe enough to create anything from a look, to a relationship, to a riff on the guitar with the rock marketing identity to umbrella them. Who am I to judge? I'm just observing... 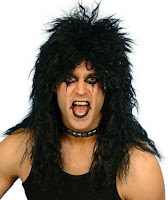 There were moments in time where I felt like I needed to play with rockers to be accepted by them. I worked with rock musicians, and experimented with that genre. However, it seemed to stress me out! Some people just fit right into ROCK like a glove on hand. Me, maybe it would take time for me to explore my inner rock goddess... hahaha!

So, I was putting my own stuff on hold for a while. But not until recently did I play a gig where I was so perfectly in tune with myself, and played my best as myself... That I realized how much my acceptance and expression of my individuality resonated with people. Perhaps I needed to learn that lesson before I committed completely to my art.


Creating is still in working progress
♡♡♡ Much love to you. Thanks for listening, friends ♡♡♡

Are you LiSteNinG??  Jaclyn Shaw's Music
Posted by Jaclyn Shaw at 3:15 PM